Sodium-adapted magnetic resonance imaging (23Na-MRI) studies1 have demonstrated that sodium accumulates in certain tissues, including the skin and skeletal muscle, but may be manipulated by lifestyle factors or therapeutic interventions such as a hemodialysis (HD) session. This tissue sodium accumulation is increased with age and in the presence of certain chronic diseases such as renal failure, and may contribute to the development of high blood pressure. It currently not known what the impact of dietary sodium consumption has on tissue sodium in HD patient’s and on the subsequent risk of cardiovascular complications either acutely or chronically. The University of Illinois’ Biomedical Imaging Center recently completed safety testing on a 23Na-MRI coil that they modified for measuring skin and muscle sodium levels in the lower leg/calf. 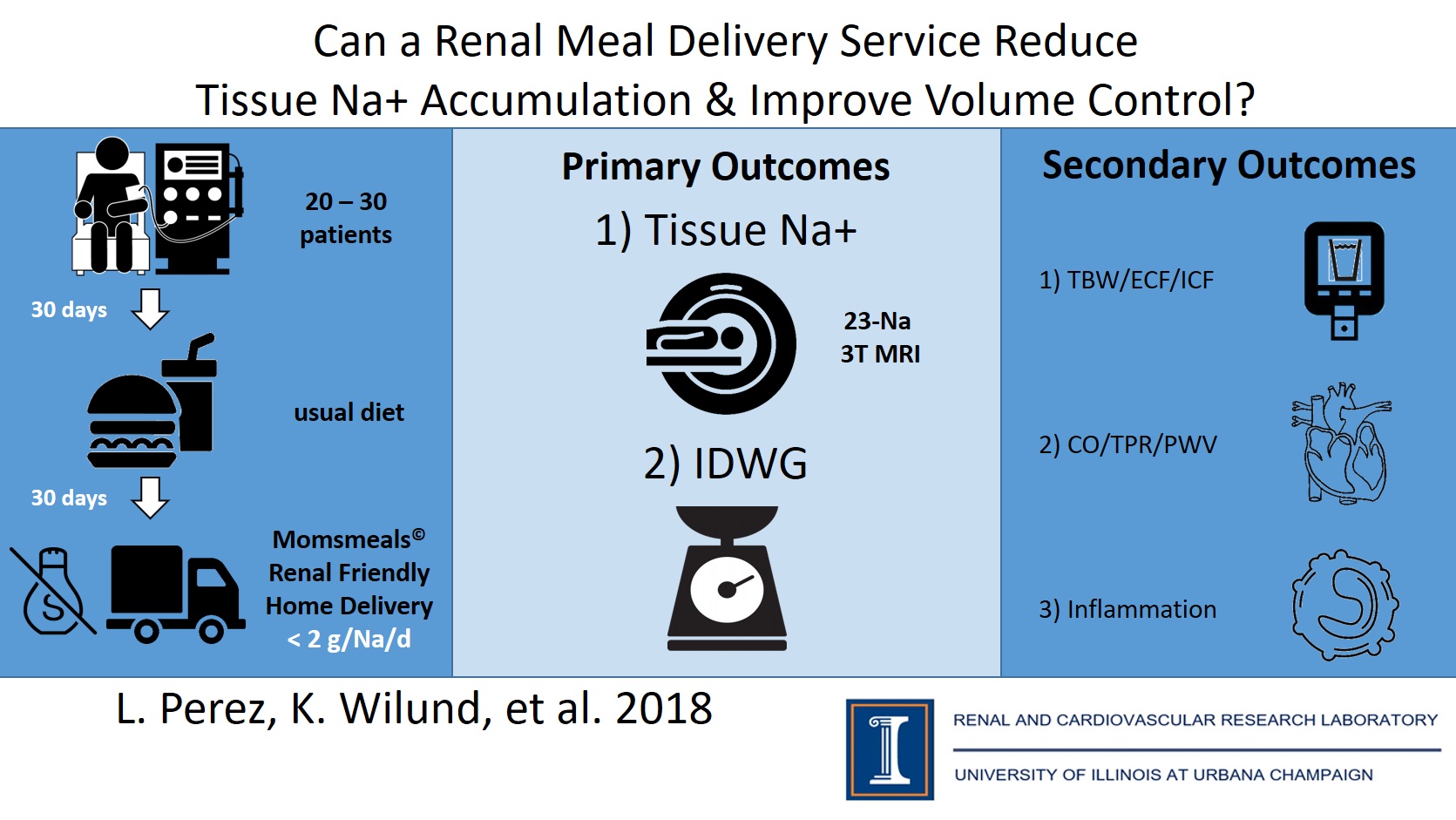 Recent studies2 also illustrate that tissue sodium is regulated by immune cells in interstitial fluids such as the skin and muscle. Localized immune responses in these tissues can promote vascular endothelial growth factor secretion to promote lymphatic release of fluid and electrolytes, which has significant implications for blood pressure control and cardiovascular health. Furthermore, sodium composition of the diet has the potential to promote beneficial gut bacteria in addition to lowering auto-immune response and blood pressure.3,4

The purpose of this pilot study is to utilize this 21Na-MRI coil to quantify changes of sodium levels in the skin and skeletal muscle in hemodialysis treatments before and after a low-sodium diet intervention. In this study, all HD patients will undergo a 30-day observation period (CON) followed by a low-sodium diet period (INT) for 30 additional days. Testing will occur at baseline and after each time-point (three time points total). During the CON period, patients will have no changes to their normal dialysis treatment, and will be asked to follow their normal diet. During the INT period, patients will provided a low- sodium diet intervention that includes receiving 3 low sodium meals per day and snacks provided by momsmeals.com.